(Nashville, Tenn.) – Think you deserve an extreme makeover? Join the crowd. Nationwide, more than 7,000 applicants turned out this season to vie for their turn in the spotlight as a makeover candidate for ABC’s hit reality TV show, “Extreme Makeover.”

Nashville’s own, Dr. Dennis J. Wells, is one of the lucky chosen – with a twist. He will be starring in an episode of “Extreme Makeover” this season, but he’s not going under the knife. Dr. Wells is one of only a handful of cosmetic dentists nationwide to be invited by ABC to join the Extreme Makeover professional team and be featured on the hit TV show.

Dr. Wells is one of only 400 dentists worldwide to be accredited by the American Academy of Cosmetic Dentistry (AACD), where he now also serves an examiner for the AACD accreditation process. In 2001 he received the President’s Award from the AACD, and was recently nominated for the Best Dentists in America. He has designed the smiles of a variety of high-profile clients, including music celebrities, professional athletes and beauty pageant contestants, and also is highly active in a broad range of charity activities, including the Give Back a Smile Program, a program designed to restore the smiles of victims of domestic abuse.

Featured in numerous print and broadcast features on oral-health and cosmetic dentistry, including an episode of the Learning Channel’s “A Personal Story” that focused a smile makeover, Dr. Wells is the founder and leader of the Nashville Center for Aesthetic Dentistry, a world-class oral-health and cosmetic dentistry center committed to achieving the highest level of service and results for every patient. 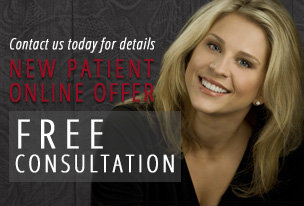